BOARD OF TRUSTEES MANAGEMENT SUBSIDIARY

Northeast Oklahoma Electric Cooperative is governed by a nine member Board of Trustees. Trustees are elected by the membership to serve a three year term in their respective district. Monthly meetings are held to review the operations of the cooperative. 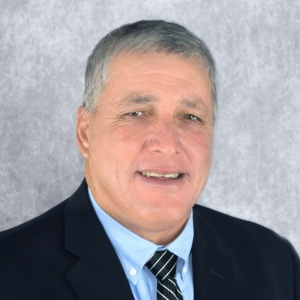 Elected to the Northeast Oklahoma Electric Cooperative board of trustees in September 2017, Charles Wyrick represents members who reside in District 1, which covers most of Ottawa County. Wyrick graduated as co-valedictorian of Fairland High School followed by attendance at Northeastern Oklahoma A&M College in Miami. His diverse professional background includes operating a dairy, heavy equipment contracting, beef and dairy cattle leasing, dock construction and repair, and 12 years in the Oklahoma State Senate. He and wife Pamela have two married sons and four grandchildren. 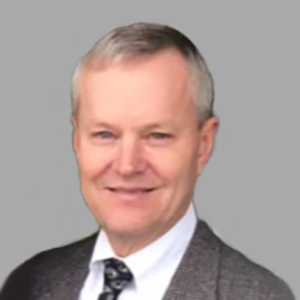 Elected to the Northeast Oklahoma Electric Cooperative board of trustees in September 2022, Mike Detherage represents members who reside in District 2. Detherage graduated from Fairland High School followed by attendance at Northeastern Oklahoma A&M College and Oklahoma State University. In his professional life he owns and operates a cow-calf operation selling show calves, bulls, and replacement females. Detherage retired from the Farm Credit System after thirty years of service as vice-president. His community involvement includes serving as a member, elder, and Chairman of the Board at First Christian Church, Fairland. He is also a member and treasurer of the Fairland Lions Club, and member of the Oklahoma Cattleman’s Association and Ottawa County and Craig County Cattleman’s Associations. He and wife Connie have been married for 17 years. 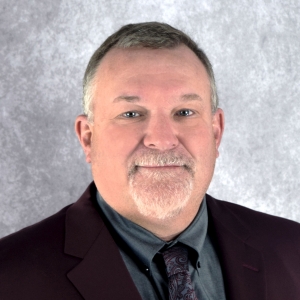 Joining the Northeast Oklahoma Electric Cooperative board of trustees in September of 2018, Brian Kelly represents District 3 members residing in the Welch, Centralia, and Bluejacket areas. Kelly currently serves as the assistant secretary/treasurer of the board. He is an agent with the Oklahoma Farm Bureau and operates a cow/calf ranging operation in Oklahoma and Kansas. He graduated with a bachelor’s in business administration from Oklahoma State University. He is an active member of the Oklahoma Cattlemen’s Association, the Craig and Ottawa County Cattleman’s Association, and the National Cattlemen’s Association. He is an active supporter of local FFA and youth sports programs. Kelly is married to Jacie with whom he has 4 kids; Landen, Erika, Rachel, and Wil. 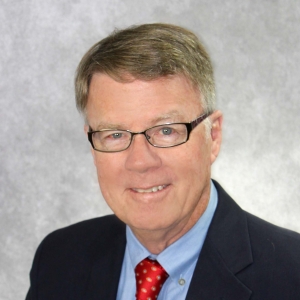 John Myers, elected to the board in September 2009, represents Northeast Oklahoma Electric Cooperative members in District 4, covering the Vinita, Chelsea, Big Cabin and Afton areas, as well as the west side of Ketchum. He currently serves as vice president of the board. Myers is a bovine exclusive veterinarian and is also owner of Summit Cattle, a commercial Angus operation. He graduated from Oklahoma State University with a Bachelor’s Degree in Animal Science and a Doctorate Degree in Veterinary Medicine. Myers’ professional involvement includes serving in the following capacities: chairman on the ethics committee for the Oklahoma Veterinary Medical Association, director for the Oklahoma Animal Disease Diagnostic Laboratory, president of the Northeast Oklahoma Veterinary Medical Association, on the administrative board for the Society of Theriogenology (animal reproduction). Myers is board certified by the American College of Theriogenology and recently received the Distinguished Alumnus Award from the Oklahoma State University College of Veterinary Medicine. Community and civic participation for Myers includes serving as president of the Vinita Lion’s Club, president of the Vinnie Ream Cultural Center, vice-president of the Vinita Area Chamber of Commerce, board member of Court Appointed Special Advocates of Northeast Oklahoma (CASA-CANO) and member of the Vinita American Legion. Myers is a member of the First United Methodist Church in Vinita, where he serves as chairman of the Administrative Church Council. Myers and wife Debbi have three children and three grandchildren and reside in Vinita. 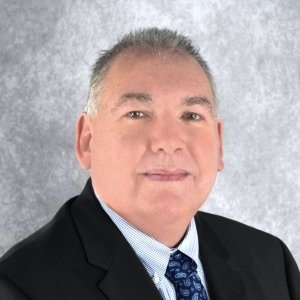 Representing District 5 on the Northeast Oklahoma Electric Cooperative board of trustees since September of 2008, Dandy Risman’s district includes those members living in Ketchum, Langley, Disney and Spavinaw. Risman was elected by his peers to serve as president of the NOEC board of trustees in September 2009. Licensed by the Oklahoma Board of Medical Licensure as a respiratory care practitioner, Risman is a respiratory therapist by trade. He obtained a degree in respiratory therapy from Tulsa Community College following graduation from Ketchum High School. Risman is the owner of several businesses in the South Grand Lake area. He is a member of the Grand Lake Chamber of Commerce, the Ketchum Public School Board and the Grand Lake Lions Club. He enjoys golf, boating and travel. Risman and his wife Joyce have two children, a son and daughter. 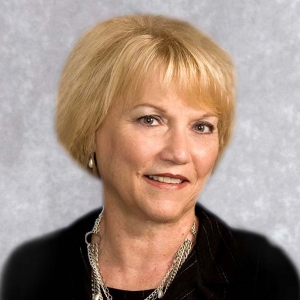 Sharron Gay accepted an appointment to the Northeast Oklahoma Electric Cooperative board of trustees in April of 2010. She represents members in the Adair, Strang, Pryor, Chouteau, Mazie and Foyil areas. Gay graduated from Adair High School and received a teaching degree from Northeastern State University in Tahlequah. She taught school in both the Oologah and Copan school systems before returning to Adair, where she spent the last 22 years of her teaching career. Retired from the classroom since 2001, Gay maintains a beef cattle operation at her rural Adair home. She is of the Baptist faith. Gay and late husband Gerald (Buck) have three children and eight grandchildren. Buck served on the NOEC board from September 2003 until his death in March 2010. 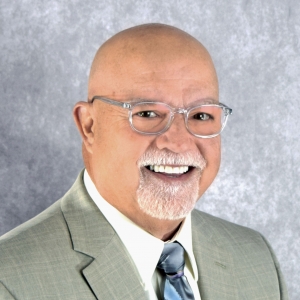 Representing District 7, Jim Wade joined the cooperative board in August of 1994. An NRECA credentialed director, he represents members living in the Salina, Kenwood, Locust Grove, Rose and Leach areas. Wade graduated from Pryor High School and later attended Rogers State College majoring in Architectural and Engineering Drafting. He attended several vocational classes where his fields of study included auto body, foundry, electrical theory, small business, machine shop, computer drafting and real estate. Wade’s career was in drafting and engineering as well as owning and operating his own auto body shop and cattle ranch. Upon retiring, he has moved on to property management. Raised in Pryor, and currently making his home near Salina on Lake Hudson, Wade continues to be involved in civic and community organizations, he also serves on the KAMO POWER Board. He enjoys riding his motorcycle, boating and classic cars. Wade and wife Wanda have one son, one daughter and four grandchildren. 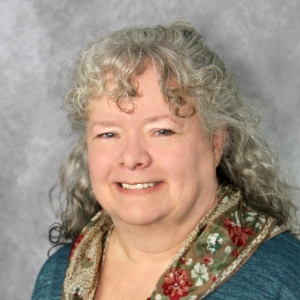 Representing District 8 is Nancy Kimbrell. Nancy lives in Oaks and has been a cooperative member for three years. She graduated from Oaks Mission High School as class valedictorian and received her Associate of Technology from Northeastern Oklahoma A&M College in Miami. She went on to receive her Bachelor of Science and Master’s degree from Oklahoma State University in Stillwater. Nancy worked as a computer programmer for over 25 years in the Dallas and Tulsa metroplexes, a town clerk in Oaks for six years, and went on to spend eight-plus years as a full-time caregiver for both parents. She is a member of Eben Ezer Lutheran Church and Kansas Order of the Eastern Star. Nancy’s father Bill served on the NOEC Board of Trustees for 34 years and she is now continuing his legacy. 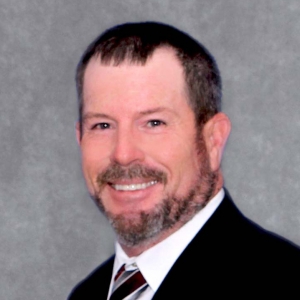 Northeast Oklahoma Electric Cooperative members in District 9 who live in the Grove and Jay areas are represented by trustee Jimmy Caudill. Caudill joined the board of trustees in 2014. He currently serves as the secretary/treasurer of the board and is a Grove High school graduate, and then graduated from NEO A&M with an associates in Accounting and Northeastern State University with a Bachelors of Business Administration. He is a Rancher and a family man. Caudill lives on a farm east of Grove with his wife Melissa, son Jackie, daughter Lindsay. He enjoys spending time riding horses, hunting, fishing, and many more outdoor activities. 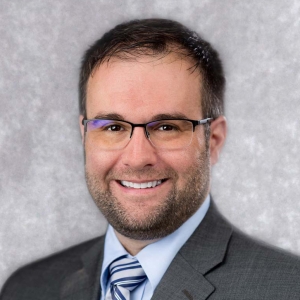 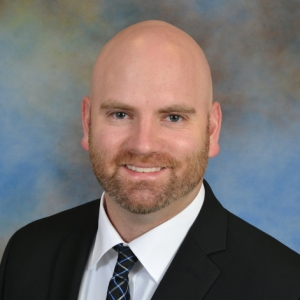 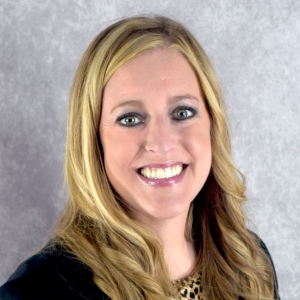 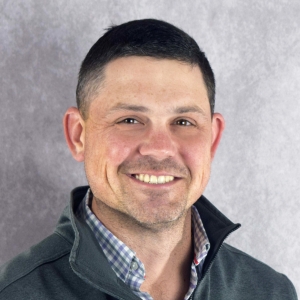 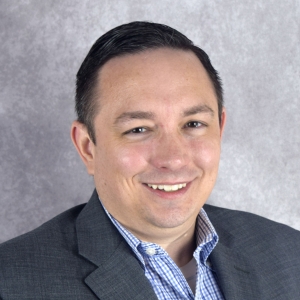 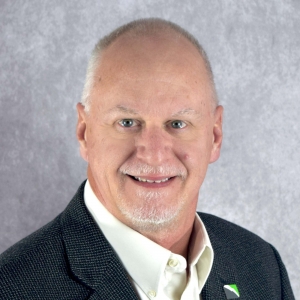 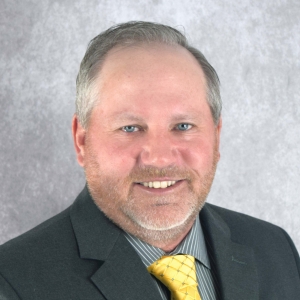 This institution is an equal opportunity provider and employer. If you wish to file a Civil Rights program complaint of discrimination, complete the USDA Program Discrimination Complaint Form, found on-line at www.ascr.usda.gov/complaint_filing_cust.html, or at any USDA office, or call 866.632.9992 to request the form. You may also write a letter containing all of the information requested in the form. Send your completed complaint form or letter to us by mail at U.S. Department of Agriculture, Director, Office of Adjudication, 1400 Independence Avenue, S.W., Washington, D.C. 20250-9410, by fax 202.690.7442 or email at program.intake@usda.gov.